As day by day closer to park opening dates, the performers from every zones are training and started performing to their own guests and staffs. Here are a few photos of Journey to Madagascar (JTM) zone's performance team.

Usually, their performance is twice a day, but the time I was there, my camera was not with me, I just used my phone camera to shoot these pictures.

Hope you all to have fun! 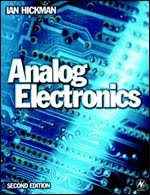 Analog Electronics is a vital book for all electronics designers to have to hand - it will answer nagging questions about core analog theory and design principles as well as offering practical design ideas. The second edition of this popular text has been enhanced with concise design implementations, with many of the circuits taken from Ian Hickman's magazine articles.

Although not a traditional textbook, Analog Electronics is also an ideal course text for students at HNC/HND and degree level. The contents have been carefully matched to provide full coverage of the appropriate units in the new BTEC Higher National Engineering scheme from Edexcel. Ian Hickman is looked to by thousands of circuit designers for his innovative design ideas and clear explanations of the fundamentals of analog circuit design. This book is a distillation of Hickman's design insights, introducing all the main areas of analog electronics.

Here are some more new photos of Universal Studio Singapore which is going to open for public soon. The site is pretty much completed other than some touch-up finishing. Most of the F&Bs were started their dry-run and sold food for their own staff and the people on site. Most of the meal set they are going to sell are minimum of S$ 7.00 ~ 8.00 and above.

According to news released by USS, the ticket price for Universal Studios Singapore will be $66 for adults, $48 for children and $32 for senior citizens. For weekends, public holidays and eve of public holidays, a day-pass will cost $72, $52 and $36 respectively. It is for one day pass, you can try all the attractions, but for food and drinks, you still need to pay separately.

So that, for a family of four will cost about S$ 200++ for tickets and the food and beverages will need to add on in that cost. And if you are driving, the single entry per car to Sentosa or Universal Studio Basement will have to pay S$ 7.00 started from 22nd January.

Here are some new photos of Universal Studios Singapore, hope you all to have fun.

The other end of Romeo Drive

Email ThisBlogThis!Share to TwitterShare to FacebookShare to Pinterest
Labels: Singapore

THE MOST COMPREHENSIVE TUTORIAL ON THE COMPLETE CYCLE OF PCB CREATION. 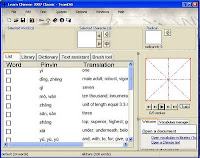 Learn Chinese 2007 is a learning utility for Chinese vocabulary. Its working is based on personalized lists in order to follow tightly the needs and progress of the user.

This software is addressed to all people eager to learn Chinese and in particular to progress quickly in the assimilation of the vocabulary. It is adapted as a support for a collective course (all level scholar courses) or individual (particular course, self-training).

Today, everybody in Universal Studios Singapore are in rush, because the other part of Resorts World at Sentosa, hotels are opened by yesterday and today there will be President Visit by this evening. It will be the most neat and tidiest time ever since project start to today. And the soft opening has already set on 22nd of January and hopefully it will be opened for public by earlier first week of next month, which is February.

Get ready to touch the attractions specially designed for Singapore. Most of the rides are testing nearly 20 hours a day and the rest structural finishing phase also running by 24/7. There will be really, really opening will be held by next month.

Here are some of the updated photos I want to share with you all, take a look and have fun.
Entrance to USS

Revenge of The Mummy

One of the Manmade WaterFall

Have some food at Casa Del Wild @ JTM

For the month of December 2009, the average exchange rate between SGD and Myanmar Kyat was 710.19355ks/SGD, reach highest up to 720ks/SGD on 25th December and fell lowest until 697ks/ SGD on 3rd December.

It's just a present for New Year 2010 for friends who visited to my blog, English - Myanmar Calendar 2010. For individual month, you can click on the pictures according to the month you want to look. For whole year 2010, you can download by clicking here! Hope you all to have prosperous year 2010!

For whole year, you can download by clicking the below image also. 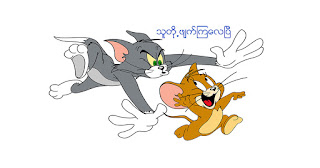